Carl and Deborah are your typical go go go Northern Virginia family. Carl retired from the Army as a Colonel specializing in logistics, and Deborah stayed home for a few years while their three kids were young. After the youngest girl started kindergarten, Deborah freshened up her resume and rejoined the work force in the public relations career she had put on hold for a few years. Years later, Carl retired from the Army and was excited to join up with a small defense contractor that was later acquired by another, and then another, and then another. He used to joke to his friends that his employers name changed more times than he PCSed in the Army. 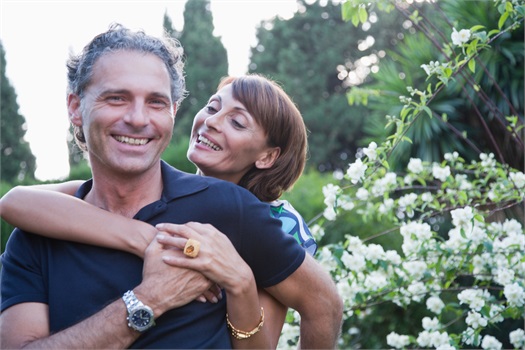 Deborah and Carl’s children left the house, and the commute was wearing on them both. They really wanted to retire, but at 57, they weren’t sure at what age they could afford to. They knew that Social Security would kick in at 62, and Carl had a good pension. He also had a TSP from the Army days, and old 401ks spread out all over from his numerous employers, but wasn’t really sure how they were invested. Truthfully, he hadn’t paid much attention to them; he figured he was a moderate risk tolerance, and he only invested in large US Stock Funds. Deborah did well, but her Social Security was not nearly as much as Carl’s and she did not have a pension. She did have a significant amount of money saved in her 401k since she and Carl had made a commitment to max out their retirement accounts, even if they had to cut back on some spending in their earlier years.

As they were discussing this over dinner with their good friends Mike and Judy, they could not help but feel totally overwhelmed. Mike and Judy had been clients of GLFA NOVA for a long time, and asked if they could share Carl and Deborah’s phone numbers with us, so they could have a chat. Carl and Deborah agreed, and shortly thereafter an advisor reached out to see how he could help.

During that call, Carl and Deborah decided to set up a meeting and see if our team would be a good fit for them. At this meeting, they were surprised that the advisor did not spend time talking about all the products he could offer, or trying to convince them why they should work with him. He asked questions, and really listened. There was a fit, and Carl and Deborah decided to begin work on their own N.G.P.S. 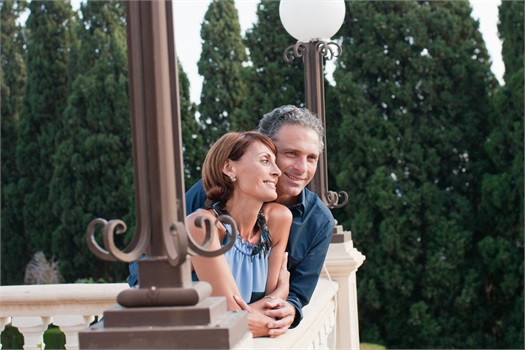 To say that the process was enlightening would be an understatement! Deborah actually commented that she felt like she’d just taken a master’s class in personal finance, but that the textbook was written based on Carl’s and her life. They learned how Social Security actually works, discovered that Carl’s portfolio of 401(k)s was way out of whack with their combined risk tolerance, and that Deborah’s 401k had spent the last decade sitting in a stable value fund that she moved to after the financial crisis. They also saw the financial impact that a long-term-care event would have on the other spouse.

When their financial plan was delivered, they were presented with a detailed list of recommendations that they could take. There was no pressure, and when their Good Life Advisor asked, “would you like to do this on your own, or would you like our help?” they felt as if a huge weight had been lifted. They decided to have the Good Life team help them, and are glad that they did.

A few months after starting to work with our team, Mike ran into Carl at the annual Army Navy Game party that their friend Dave hosts every year. Mike asked Carl if they were ever able to connect with us. Carl was happy to report that he had. He told Mike that now he and Deborah have a concise investment portfolio that is managed in pursuit of their plan. They feel confident about how their portfolio would have reacted in past market moving events thanks to the Riskalyze® stress tests that their advisor discussed with them. They have decided to let Social Security sit for now, and are meeting their cash flow needs in other ways. Not only that, they’ve addressed their long-term-care concerns with a strategy that they didn’t even know existed!

Dave couldn’t help but overhear their conversation, and asked Carl if he could get his advisor’s card. Carl replied that he could do one better and asked if he could share Dave’s number with his Good Life Financial Advisor. Dave agreed, and so began another happy client’s journey.